Yesterday, we looked at the Court’s history since 1990 with civil arbitration cases.  Today, we’re back on the criminal side of the docket, taking a closer look at the Court’s decision making in cases involving property crimes such as robbery, forgery and theft. Between 1990 and 2017, the Court’s cases were almost evenly split between prosecution wins from the Court of Appeal and defense wins – of the Court’s thirty-four cases involving property crimes, 48.65% were won by the prosecution below.  The Court has a somewhat higher-than-expected reversal rate on prosecution wins – 61.11% have been reversed in whole or in part. The Court affirmed one prosecution win per year in 1998, 1999, 2000 and 2004, two in 2008 and one in 2009. 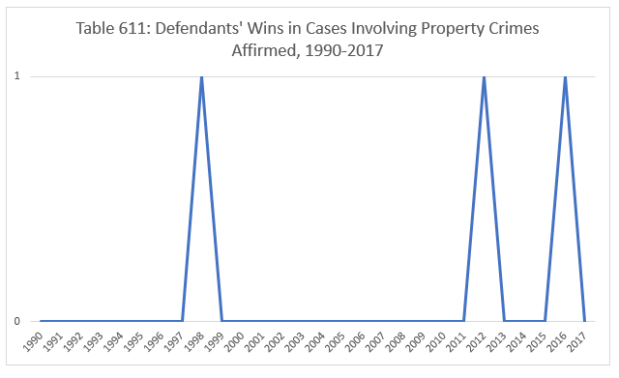 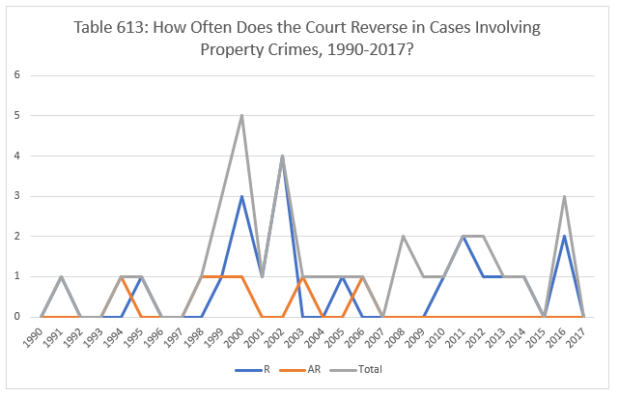 Join us back here next Thursday as we start work on two new areas of law. Image courtesy of Flickr by Lisa Williams (no changes).